In 2003, Sandia National Labs was sponsored by the U.S. Army John F. Kennedy Special Warfare Center and School to create a training simulation that improves people-centric operations in foreign cultures. Over the course of two years, the development of this simulation was carried out by my employer using the Unreal Engine game engine.

The game consisted of both scripted single-player and immersive multiplayer scenarios for up to 24 players, observers, and instructors. Instructors were connected from separate desktop computers and able to modify the initial environment in real-time and interact with students from a special interface.

Students could be assigned different roles and play in either Special Forces or host nation roles. Besides voice and text communication with individuals or the entire team, it was also possible to perform nonverbal gestures from a pull-down menu on the user interface. Fixed and spectator camera views allowed instructors to monitor all actions.

In order to assess the student's performance, the game provided an after-action review (AAR) system that recorded all interaction, text and voice communication in the game, and where instructors and students could critically review the decisions made and actions taken. Recorded learning sessions were stored permanently on a server and could be replayed at a later time.

Participants were also provided user feedback questionaires after an exercise. Newer versions of the game were instrumented with biometric sensors to track physiological player responses (as indicated by the blue and red curves in the video above).

As a Sr. Programmer I participated in the development of many of the game's systems, including NPC and scenario scripting, user interface, and server implementation. 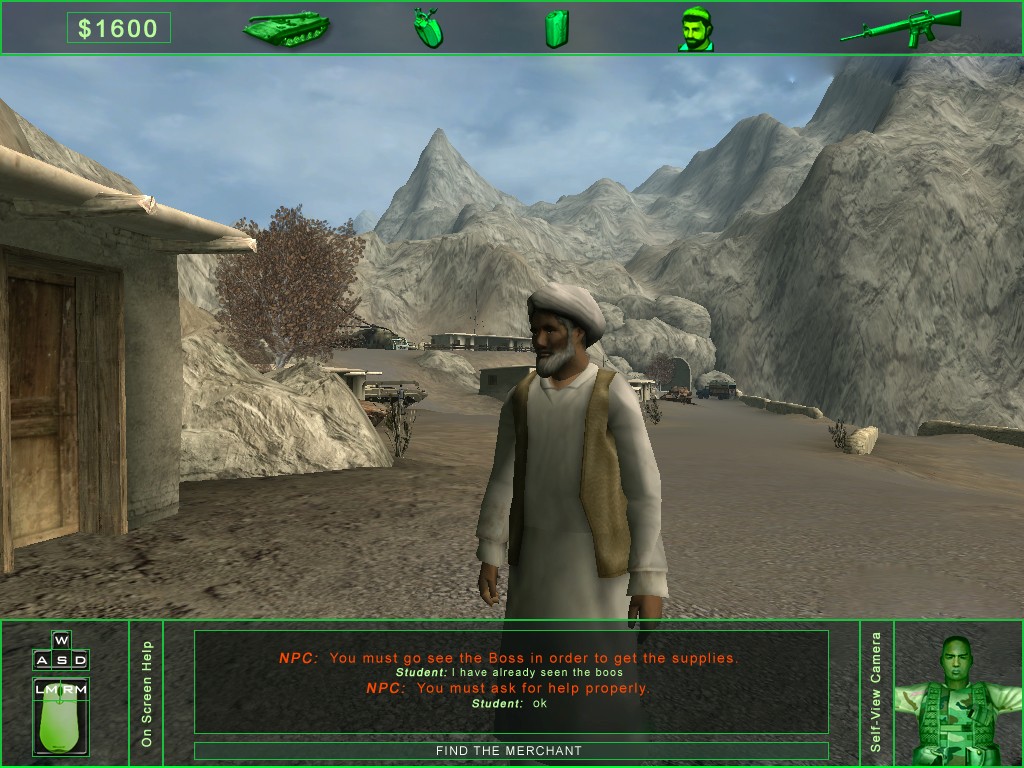 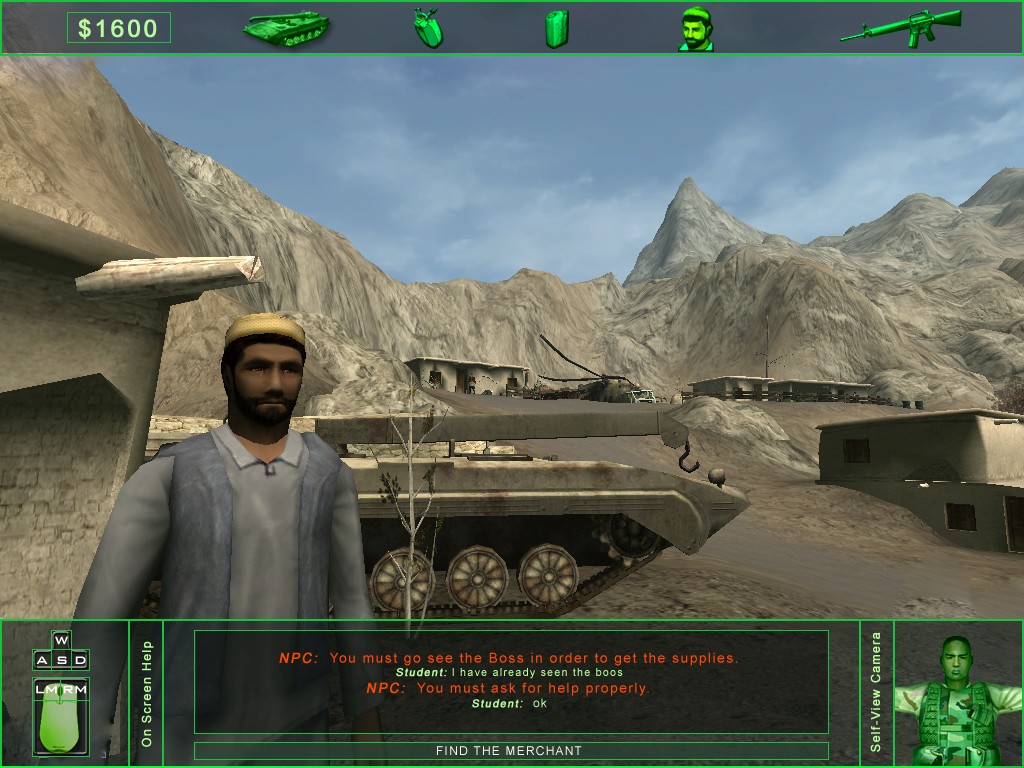