The game was designed in collbaroation with the U.S. Army and consists of both single-player training and multiplayer instructional environments with multiple scenarios. After character selection and mission briefing, the player becomes isolated from a vehicle convoy in a combat area, explores and survives the environment, and is eventually recovered.

During the simulation, the players must monitor their personal health and inventory items. Injuries, hydration and body temperature dynamically affect the player's state. Various tools, such as compass, flashlights, chem lights, radio, and med kits can be used to affect the game play.

In single-player missions, the player is accompanied by an NPC that provides hints, advances the mission, and reinforces the learning objectives. In multiplayer missions, this role is performed by a human instructor who connects to the game and can spectate it via a special UI.

A number of player performance statistics are tracked during the game and recorded in a database for later review. Some of this data is displayed in an after-action review screen after the mission ends. 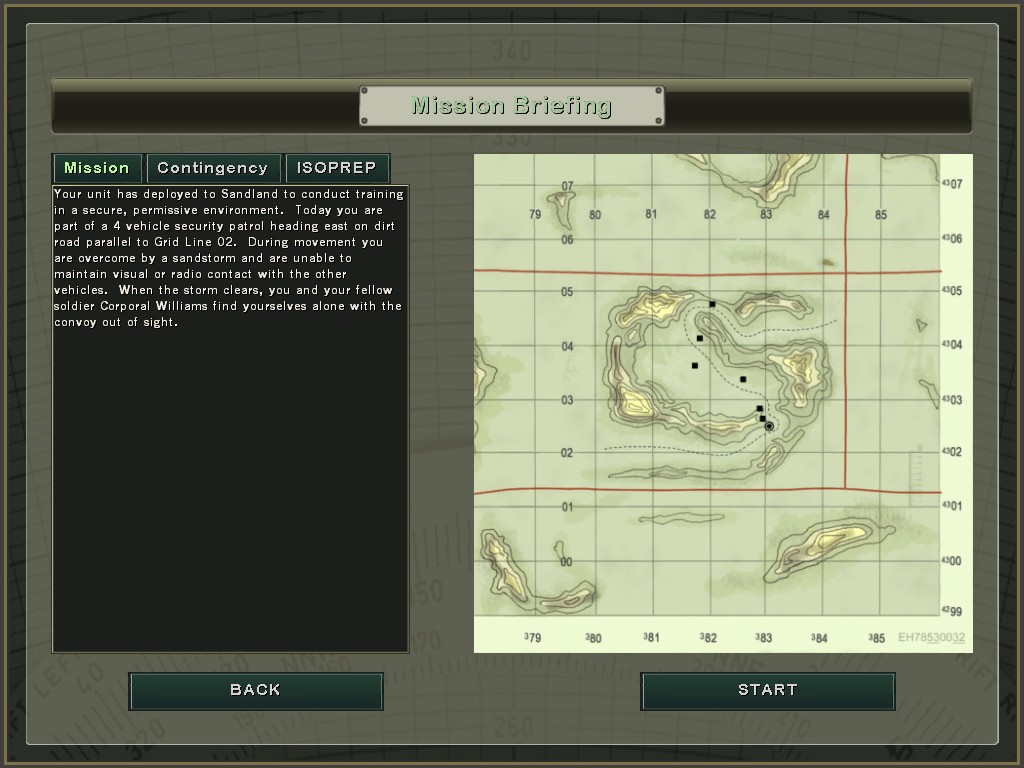 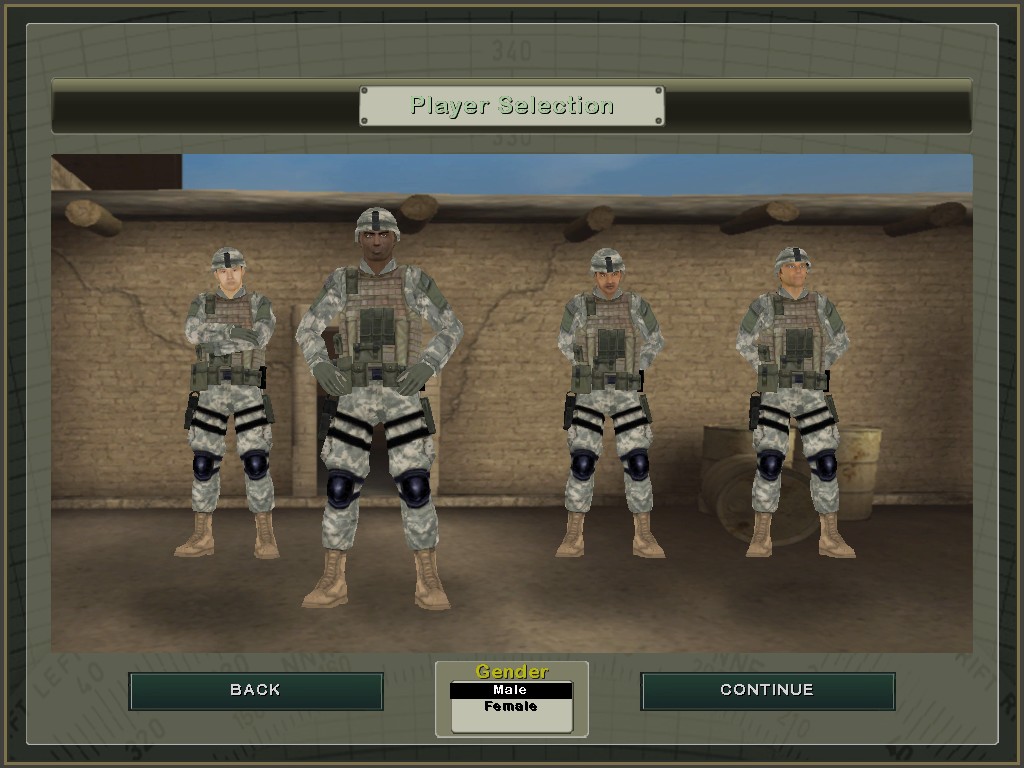 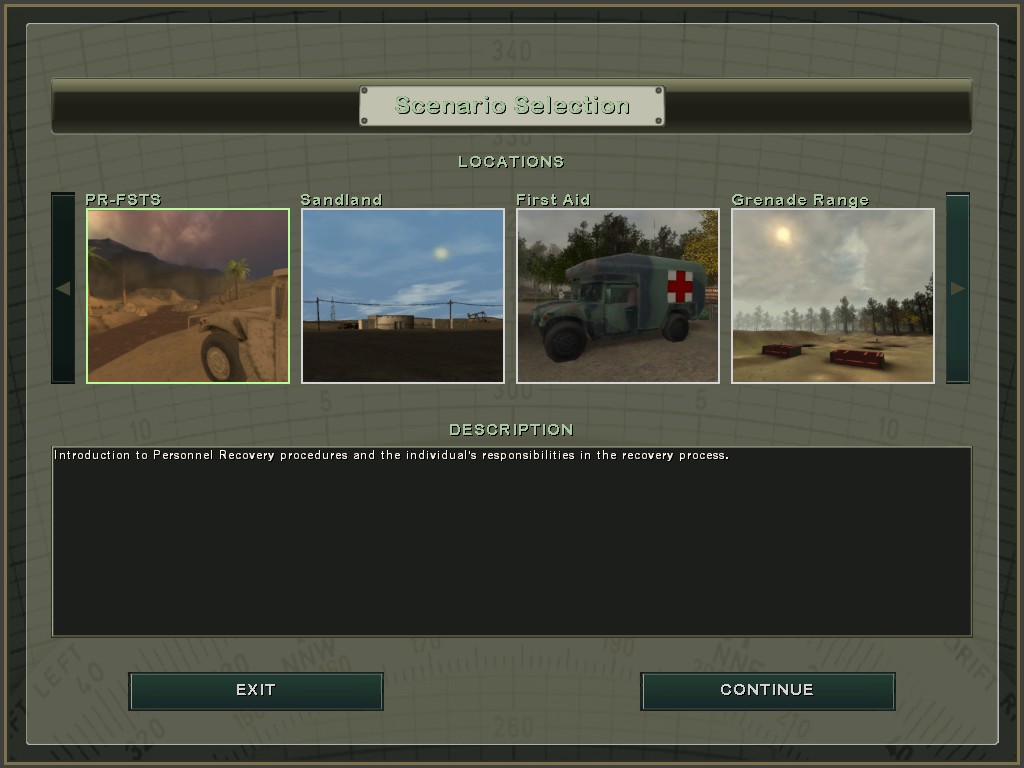 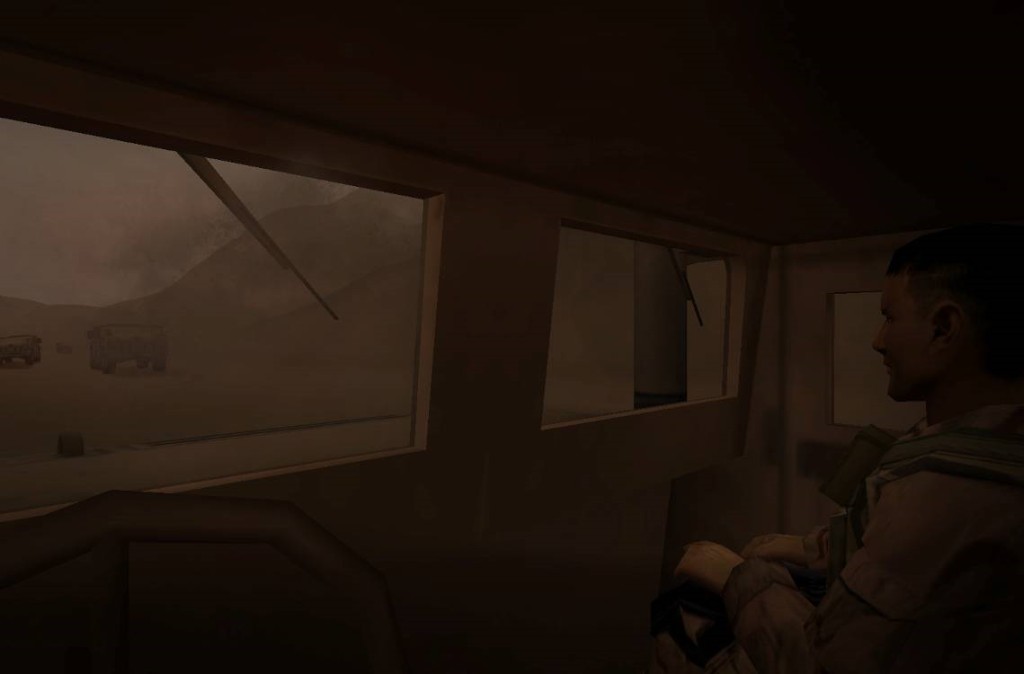 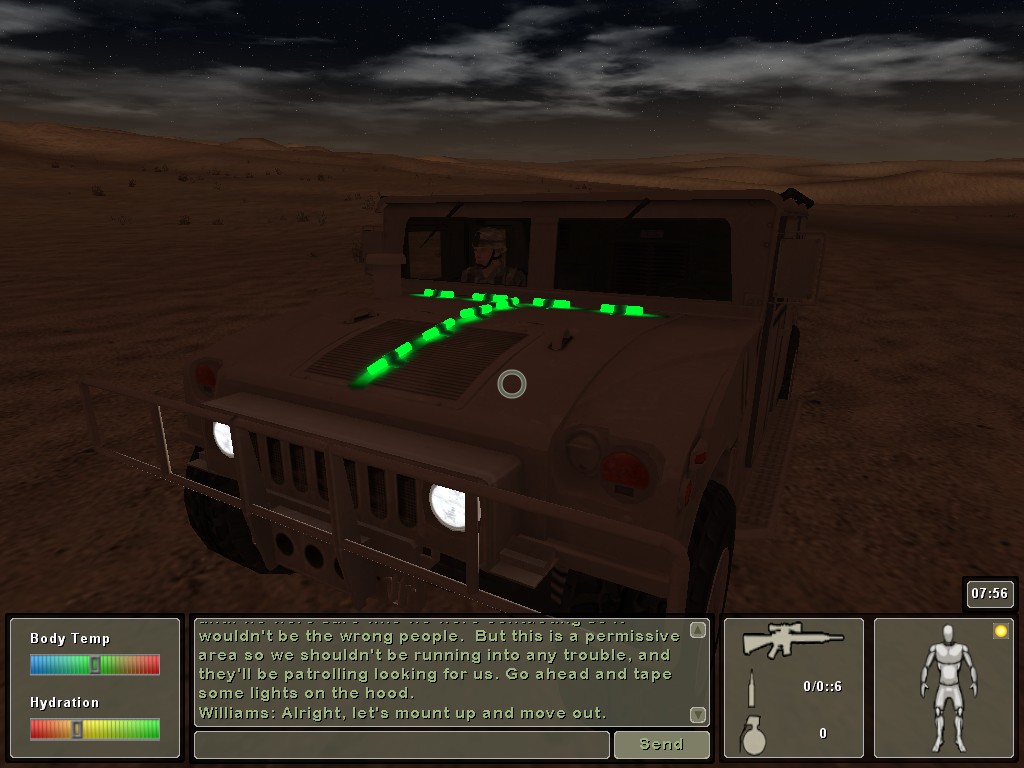 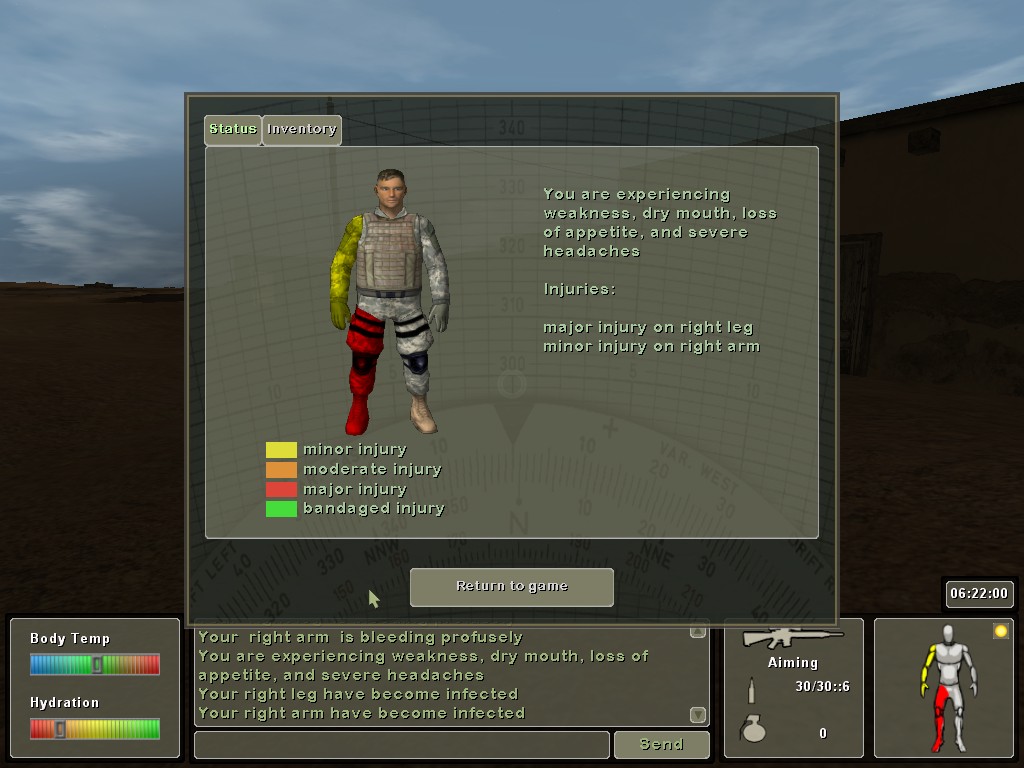 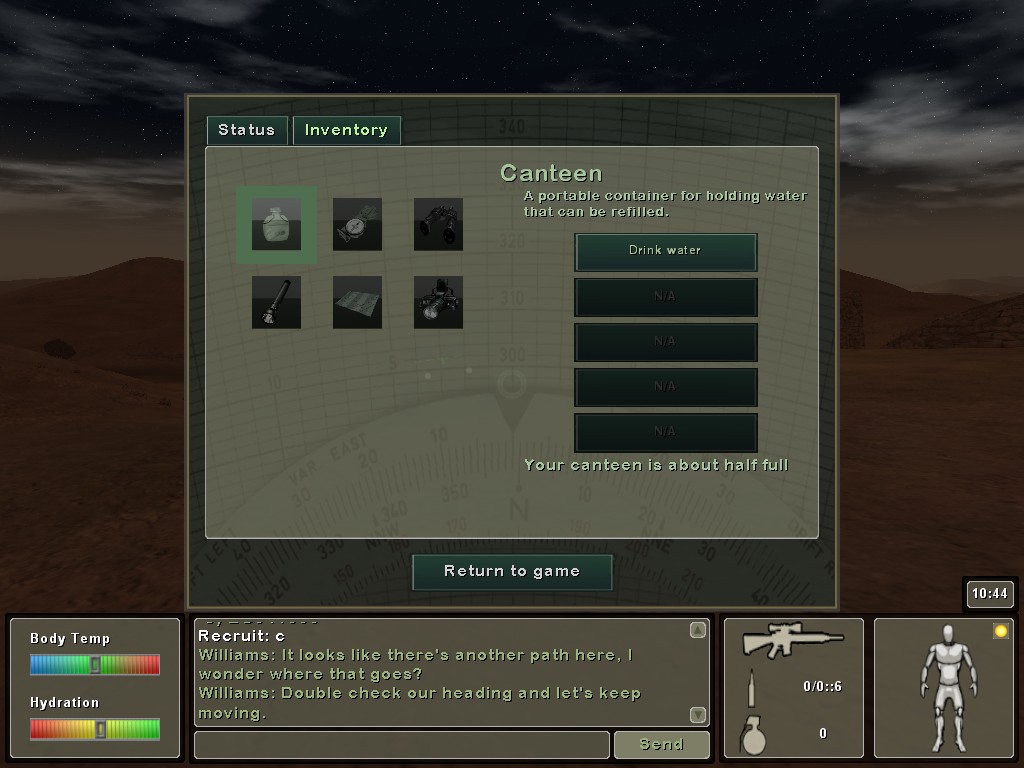