When developing or reversing engineering software and websites, or when dealing with ActiveX, COM, OLE or other Windows internals in general, one often faces so called GUIDs. Most of the time it is not clear what exactly a given GUID represents. Gunique is a small freeware tool that searches a number of locations in the Windows Registry and the Running Objects Table to translate GUIDs to human readable names and vice versa.

This program was written in 2004, and it has not been tested in modern versions of Windows. The source code was lost long ago, and the download below represents the last known backup of the compiled binaries. Use at your own risk. 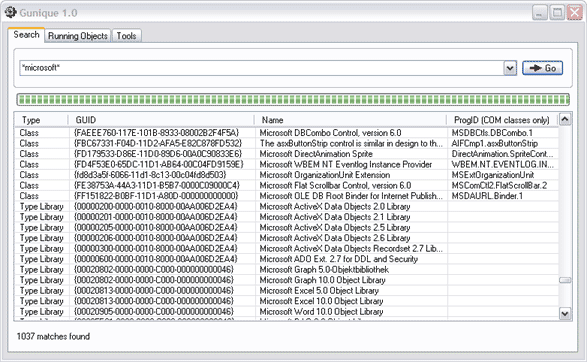